In order to form a more perfect union establish this Constitution with Articles and By-laws to meet the standards of incorporation in the United States of America. We abide by all laws and uphold the constitution of the United States of America. We consider ourselves in a cooperative as a CO-OP and are independent business associations and members of our organizations as support and fellowship groups as one whole community online practicing skills.

Theresa J Morris is the agent for both the ACO and ACE.

We share ERA COP as our Files for major decisions on our agreements while forming our future in the present online. We share that we are authors, consultants, organizers, and share in radio shows to share our communication and speechcraft. We are co-creators and work to share our opinions, views, and ideas we use in synchronicity.

Ascension Center Organization for Cyberspace Cultural Community who believe Alien Civilizations Exist! Archivists and Researchers who share as AUTHORS, Storytellers, and Role Playing with games both live and in archetypes based on the tarot. Past, present, and future role models. We are members and mentors who share life in cyberpsace and have an annual convention meet up group at the Mid-South Con in Memphis, Tennessee. We are based on the fact that “Alien Civilizations Exist!: ACE.

2016 – In March – April- May we extended our events to include the 1st International Science Global Pyramid Conference with Rev. Marta Thomas of Chicago, Illinois. We agreed to have her on our CosmosRadioOrg Radio Show and to promote all her choices for speakers at this annual event which promotes the “Pyramid Family Gathering of Researchers.” Bruce Cunningham, Marta Thomas, Radmilo Anicic, Dr. Robert J. Gilbert, and others were accepted as speakers.

Officers for the next three years were decided after the passing of our former President Thomas R. Morris on Dec. 2, 2015. He was the grandson of John Crystal Morris who lived to be a Kentucky Colonel at the age of 108 years and 9 months before his passing. Ascension Center Church Org was added as a name and website in honor of keeping the spirit alive of the “Christ Consciousness” of Ascension.

Spiritual and Education Awareness is still the main mission for our Ascension Center Education (ACE) and spreading the word that Alien Civilizations Exist (ACE) and Adults Continuing Education.

ACO is the acronym for Ascension Center Organization and Alien Contact Org. The Cooperative is of volunteers as Lightworkers and Truhseekers. The main Ascension Center Articles and By-laws was accepted in 1993 and adopted again in 2012 with the TJ Morris ET Radio Shows on http://blogttalkradio.com/TJMorrisETRadio and also known as http://blogtalkradio.com/CosmosRadioOrg.

Since World War I We began Keeping = 20 year increments as generations from birth until Age 20 Since adults begin legal age as 21 accepted after junior college or 2 years as skills minimum paid for.

Education for our generations in the world. We would like to continue our trade and commerce/

Information and Artificial Intelligence is here to stay.

Aerospace Advancements for our future deals with 2025-2044 –

“All this data exhaust inherently generates privacy concerns and the need for protecting that data,” says Maguire, adding that she’s buoyed by the progress being made on a variety of fronts to protect personal data. “We must have ownership and oversight of our data.”

The third big shift being made by the information generation – those growing up in the era of Internet ubiquity – is in the arena of augmented decision making.

“Tech leaders increasingly are saying that we’re moving to a world where employees with smart decision-support systems in the workplace,” says Maguire, citing the example of a doctor pulling from reams of research at the click of a mouse. “We’re not talking about job displacement by AI (artificial intelligence) robots. We’re talking about having workplace tools that let us do our jobs better.”

Examples of this approach include Hong Kong’s efficient subway system, which uses AI systems to run simulated train lines to determine the best possible timetable while saving the company nearly $1 million a year, she says.

The fourth coming shift is dubbed “multi-sensory communication,” and is perhaps best exemplified by one feature of Apple Watch. Using a built-in tech that can tap its user on the wrist with a burst of energy, Watch is capable of relaying wearers’ heartbeats from watch to watch. Maguire calls this just the tip of an iceberg of tech innovations whose mission is to save us from information overload.

“The next decade will find us receiving information in new ways, using new senses,” she says, citing Marriott Hotels’ Teleporter, a roving device that allows visitors to be whisked away to properties around the world thanks to the magic of Facebook-owned Oculus Rift virtual reality goggles.

“Some of this stuff might be clunky now, but early indications are that these breakthrough will become less contrived and more organic,” she says. “Soon we simply won’t be just taking things in through screens.”

The last shift circles back to the first. Under the heading “privacy-enhancing tech” are predictions of cryptographic breakthroughs that hopefully will deliver us from a reality where it seems every major outfit is being hacked on an almost daily basis.

Of all the shifts, however, this one clearly deserves the most attention. Without encrypted and secure data transfer, our digital lives will fast become an open book.

Says Maguire: “The question we need to keep asking is, simply, what is technology setting us up for over the longer term?”

We can all agree that Millennials are the worst. But what is a Millennial? A fight between The New York Times and Slate inspired us to try and figure that out.

After the Times ran a column giving employers tips on how to deal with Millennials (for example, they need regular naps) (I didn’t read the article; that’s from my experience), Slate‘s Amanda Hess pointed out that the examples theTimes used to demonstrate their points weren’t actually Millennials. Some of the people quoted in the article were as old as 37, which was considered elderly only 5,000 short years ago. I started by calling the Census Bureau. A representative called me back, without much information. “We do not define the different generations,” she told me. “The only generation we do define is Baby Boomers and that year bracket is from 1946 to 1964.”

“The media in particular wants definitions, identities,” DiPrete said. “I don’t know that the definitions are as strong or as widely shared across all the boundaries. … At the end I think it gets fuzzy.”

Well, yeah. We do want definitions. And if it’s the media that draws the boundaries, then allow us to do so definitively.

Your official demarcation of generational boundaries

We identified six different generations, and labeled their eras.

Greatest Generation. These are the people that fought and died in World War II for our freedom, which we appreciate. But it’s a little over-the-top as far as names go, isn’t it? Tom Brokaw made the name up and of course everyone loved it. What, you’re going to argue with your grandfather that he isn’t in the greatest generation? The generation ended when the war ended.

Generation X. George Masnick, of the Harvard Joint Center for Housing Studiesputs this generation in the timeframe of 1965 to 1984, in part because it’s a neat 20-year period. He also calls it the “baby bust,” mocking “[p]undits on Madison Avenue and in the media” that call it Generation X. Ha ha, tough luck.

Generation Y. Masnick addresses this group, too, putting it “anywhere from the mid-1970s when the oldest were born to the mid-2000s when the youngest were.” But mostly Generation Y is a made-up generation when it became obvious that young kids didn’t really fit with the cool Generation X aesthetic but not enough of them had been born to make a new generation designation. NOTE:Generation Y is a fake, made-up thing. Do not worry about it.

Millennials. In October 2004, researchers Neil Howe and William Strauss calledMillennials “the next great generation,” which is funny. They define the group as “as those born in 1982 and approximately the 20 years thereafter.” In 2012, they affixed the end point as 2004.

TBD. But that means that kids born in the last 10 years lack a designation. Theyare not Millennials. Earlier this month, Pew Research asked people what the group should be called and offered some terrible ideas. In other words, this is the new Generation Y. We’ll figure out what they’re called in the future.

Here, we made a helpful chart.

Monthly Giving is Simple – How it Works

• You choose the amount of your monthly donation.

• We use paypal. Email confirmation when charged..

• Each January, we will send you a statement of your
total annual gifts (which can be used for tax
purposes).

• You can change the amount of your monthly gift at
any time, or cancel your participation in the
ACO Team at any time.

Joining the ACO Team is simple and secure,
and is an effective way to support AlienContact.org . 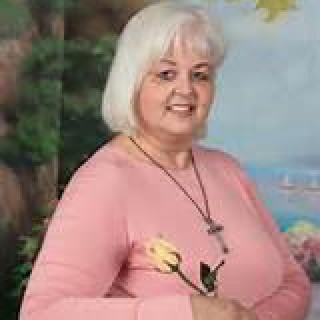